Before the workshop, Tetsuji Yamashita arranged a “Warm-up Course”, a simple Swahili language course, while talking about his memories of Africa.
Participants began to relax little by little with the artist's tone and reaction, they listened to the episodes that happened in Africa, an unknown continent, and the sounds of Swahili for the first time.
Participants became completely relaxed by the time the workshop began.
They struggled to cut and paste the given colored paper.
In the meantime, participants who sat around the same desk began to talk, and they started to show what they made and asked them some opinions about their work while conversation was getting deeper.
While the participants were working, the artist sometimes talked to them and went around each table to guide.
Of course, the artist cannot get away from his habit of talking too much.
In the end, the finished works were shown to other participants and also Tetsuji commented on each work.
The workshop ended with loud laughter.
Many pleasant impressions were sent from the participants as follows.
“It was really fun. Cutting and sticking were fun.”
“It ’s been a while since I had concentrated on doing something.”
“I was thrilled because I didn’t know what would happen until the very end.” 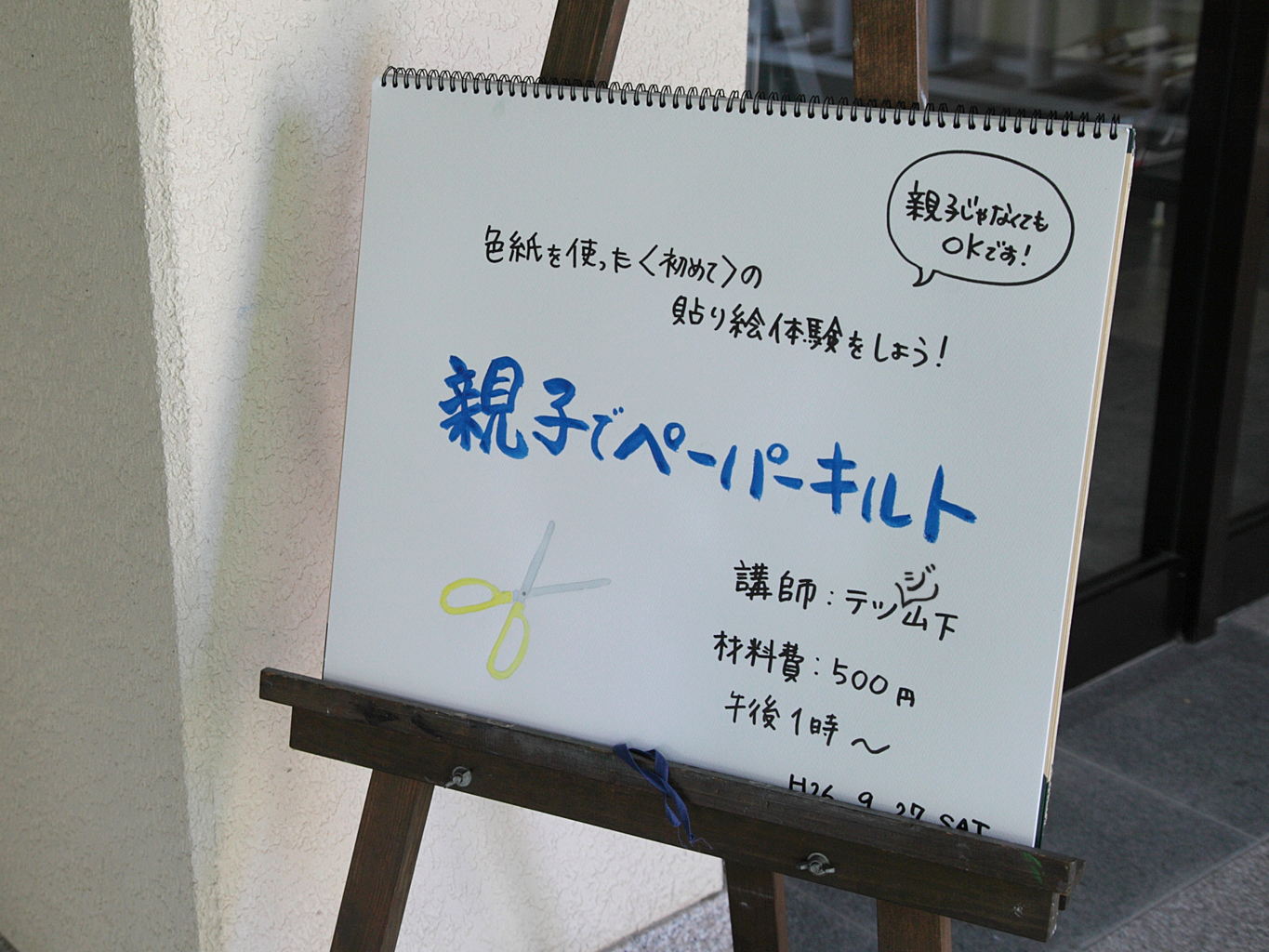 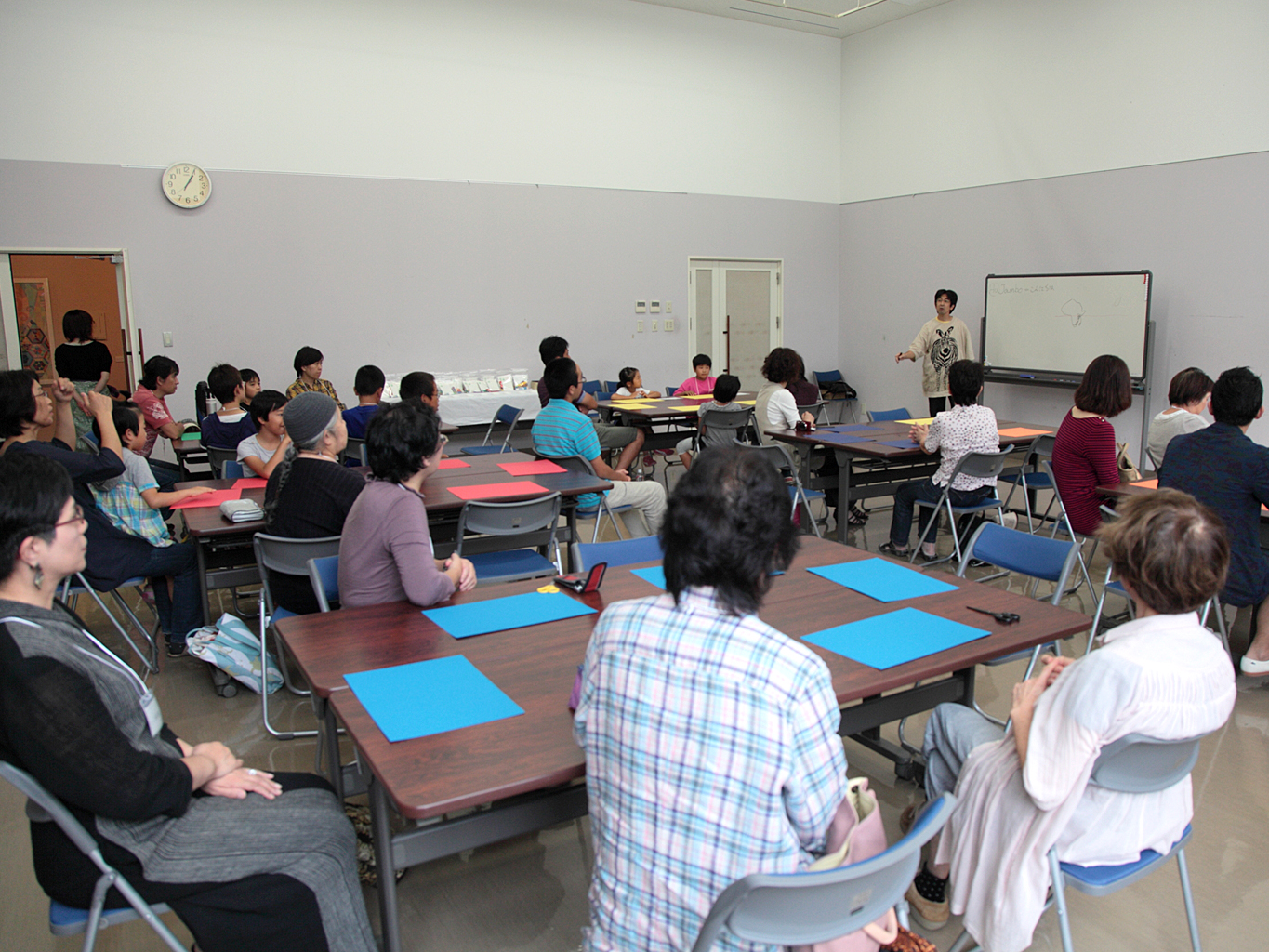 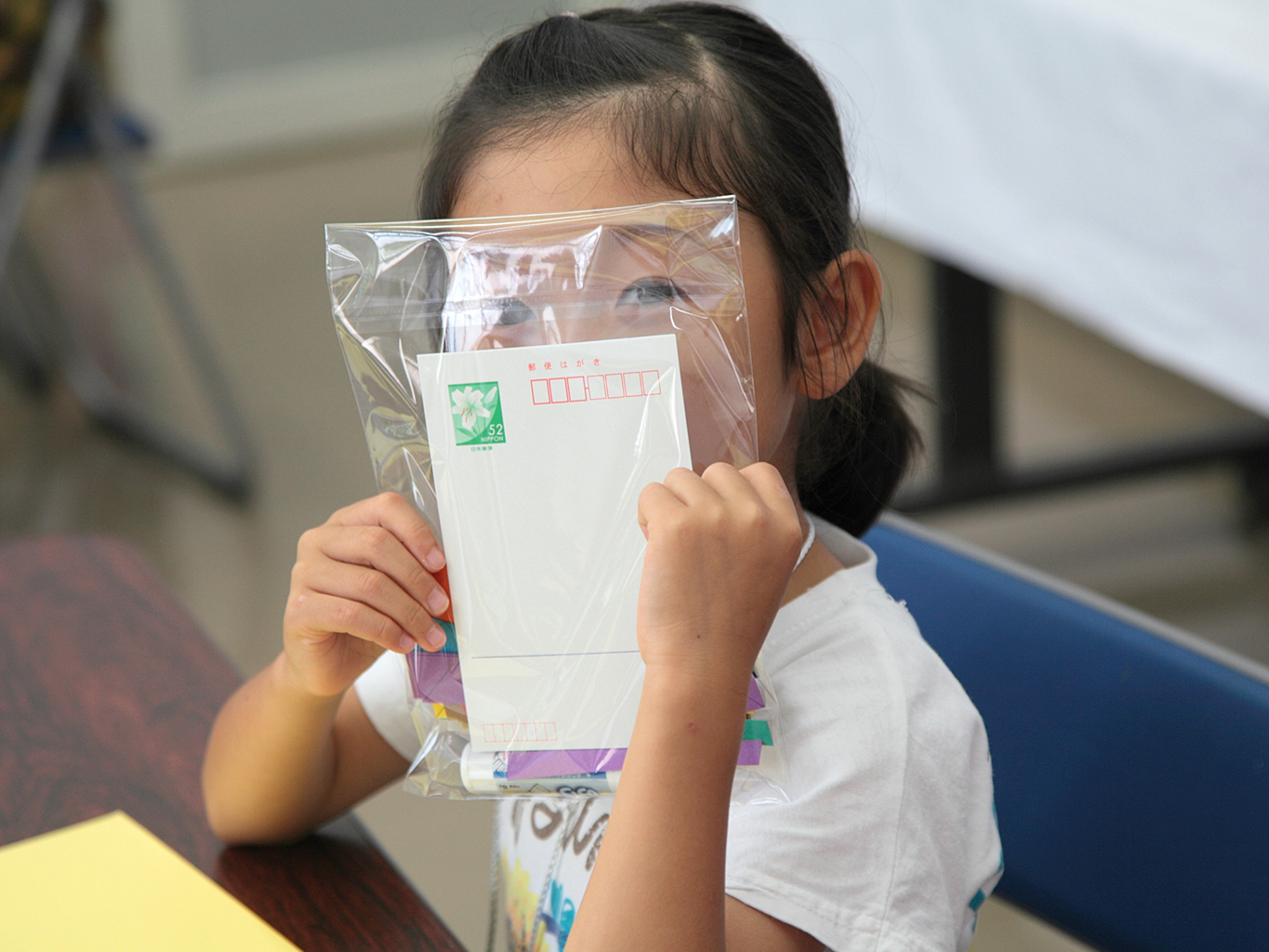 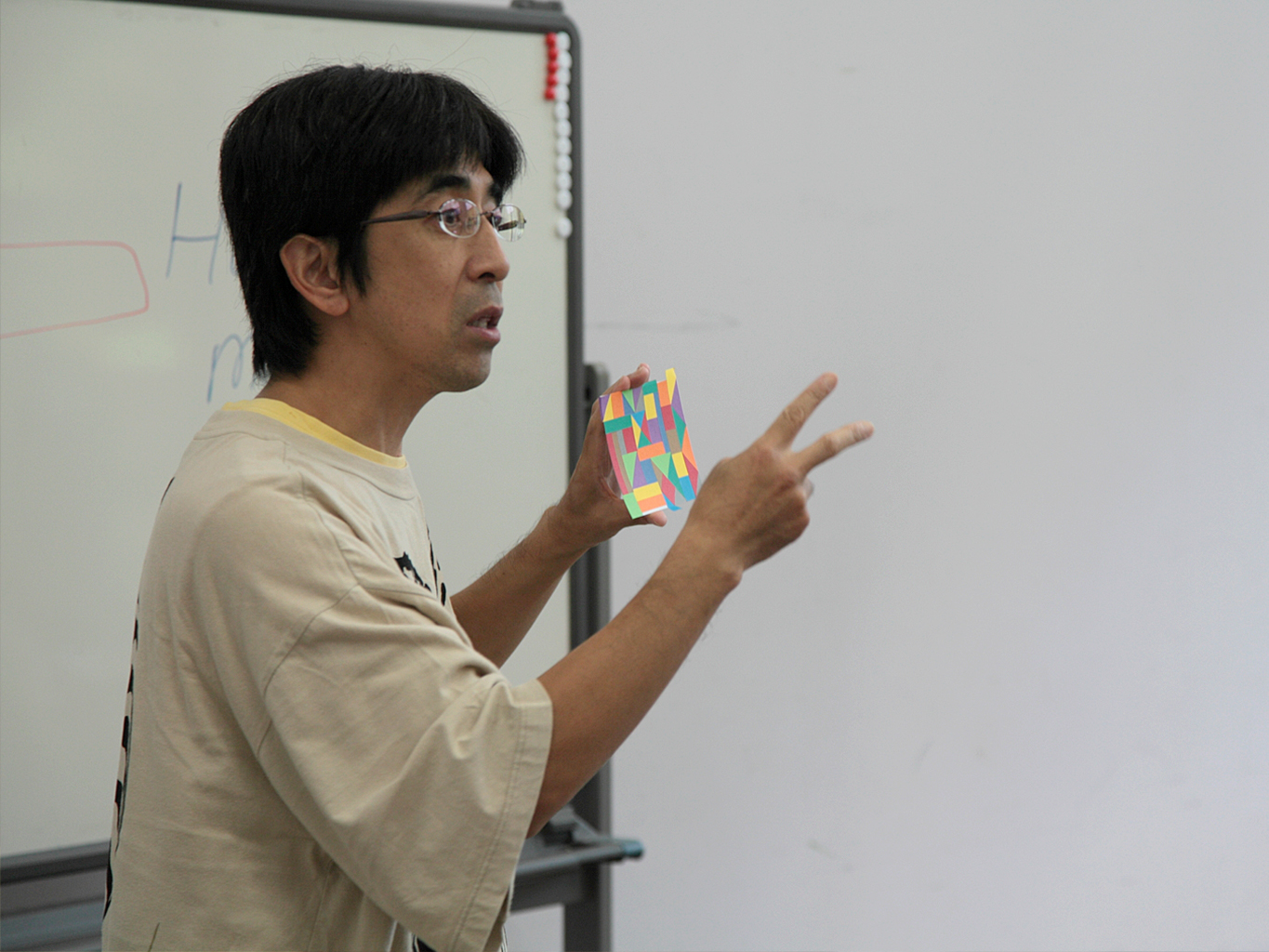 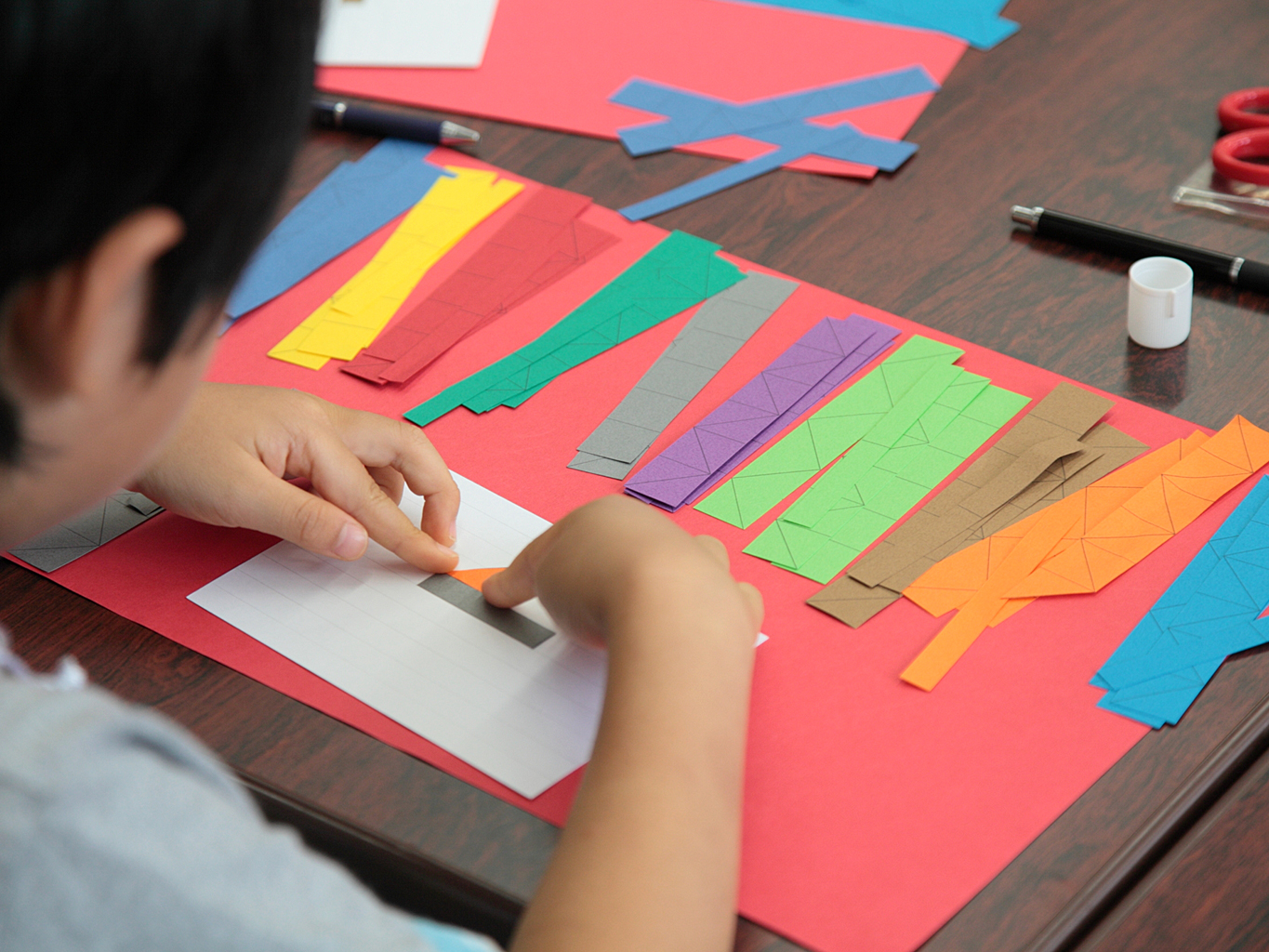 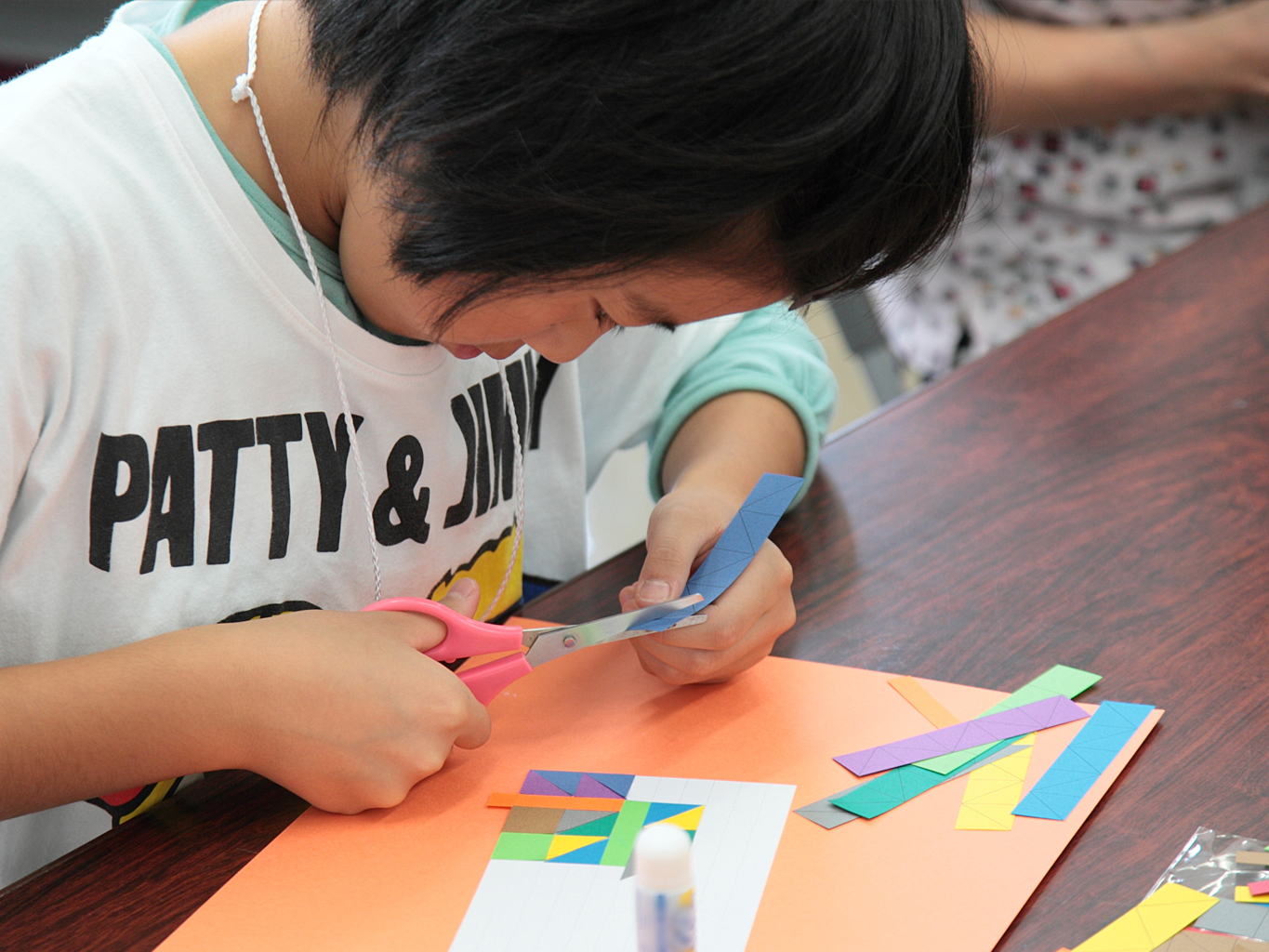 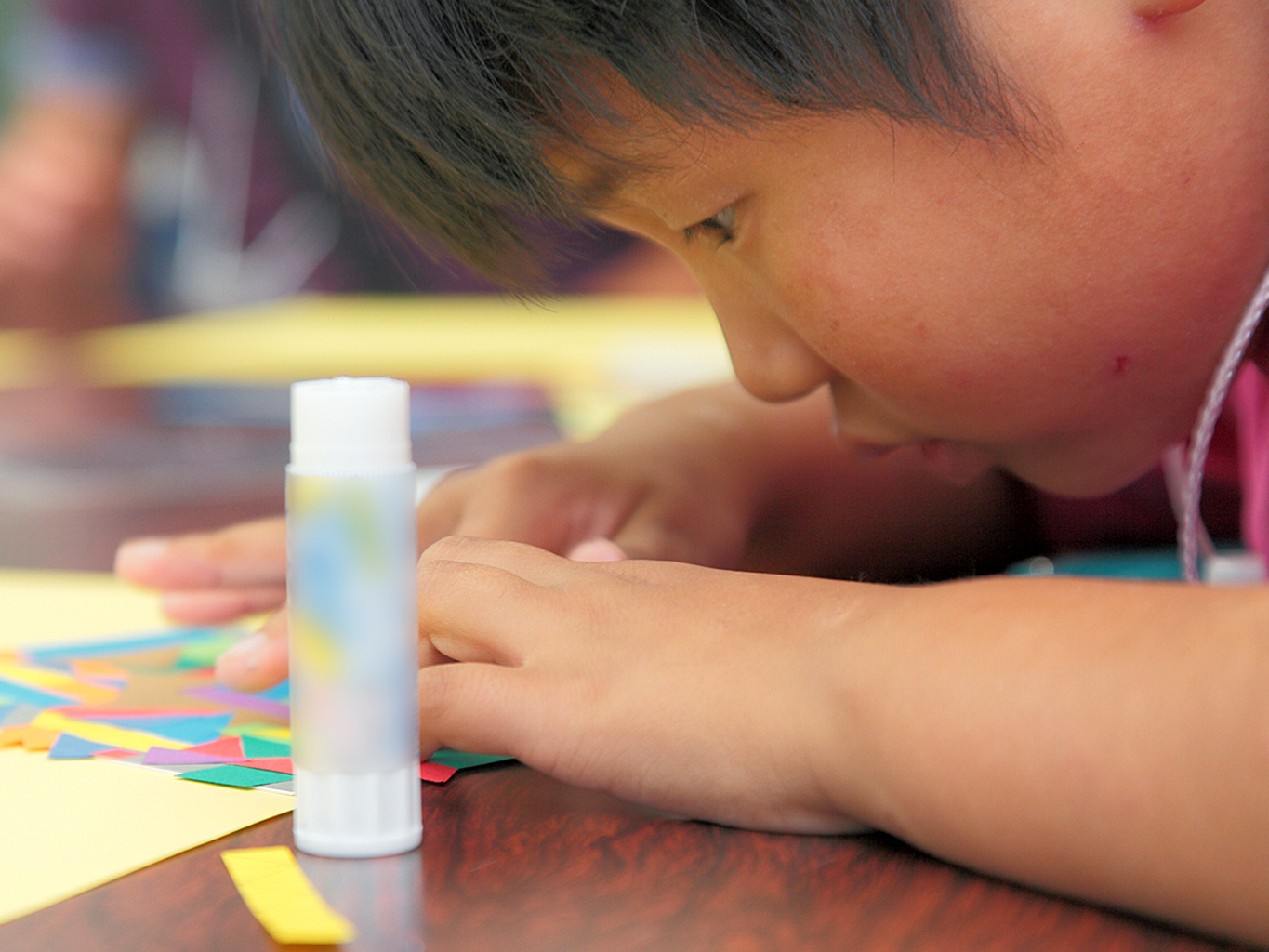 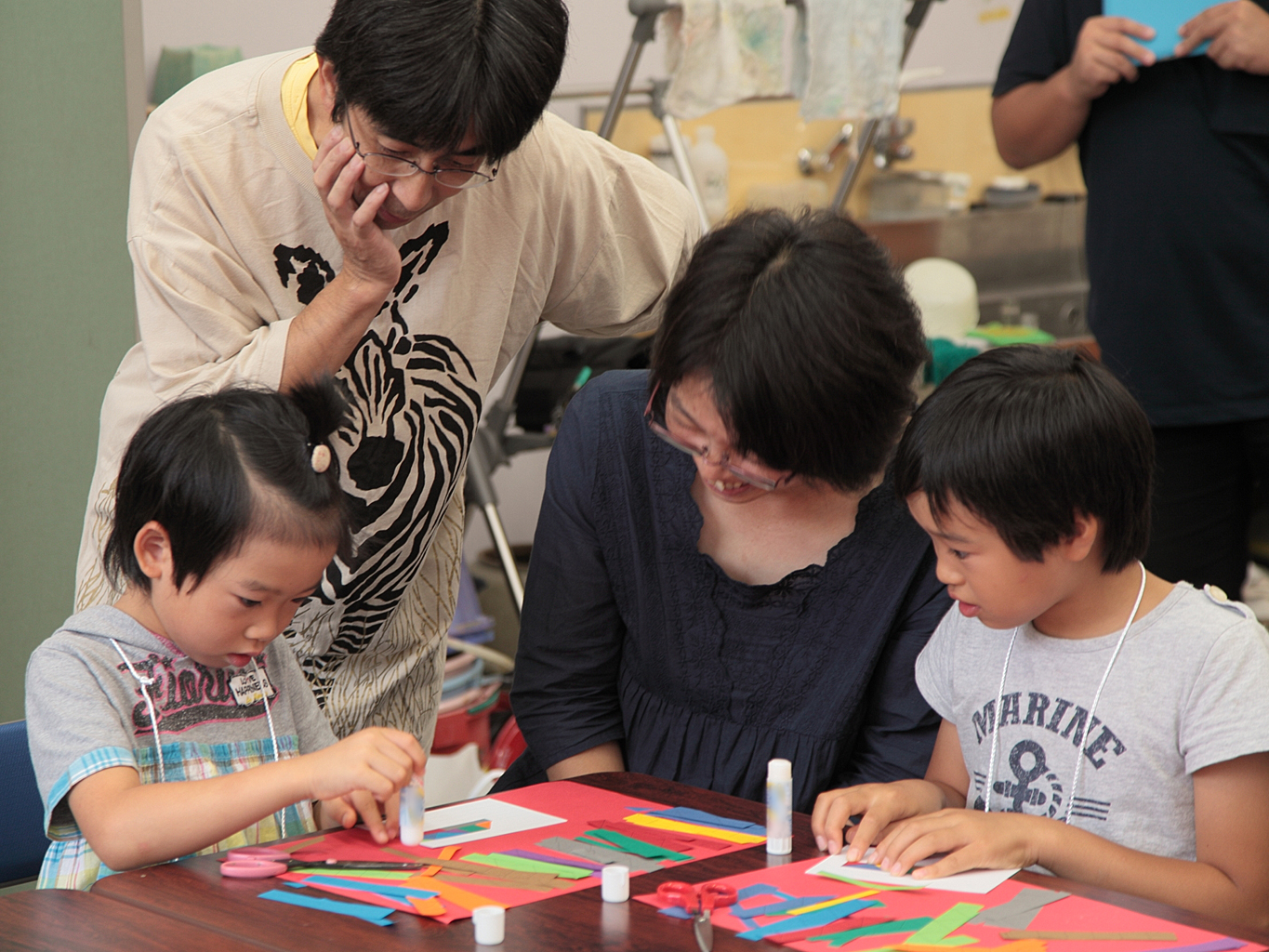 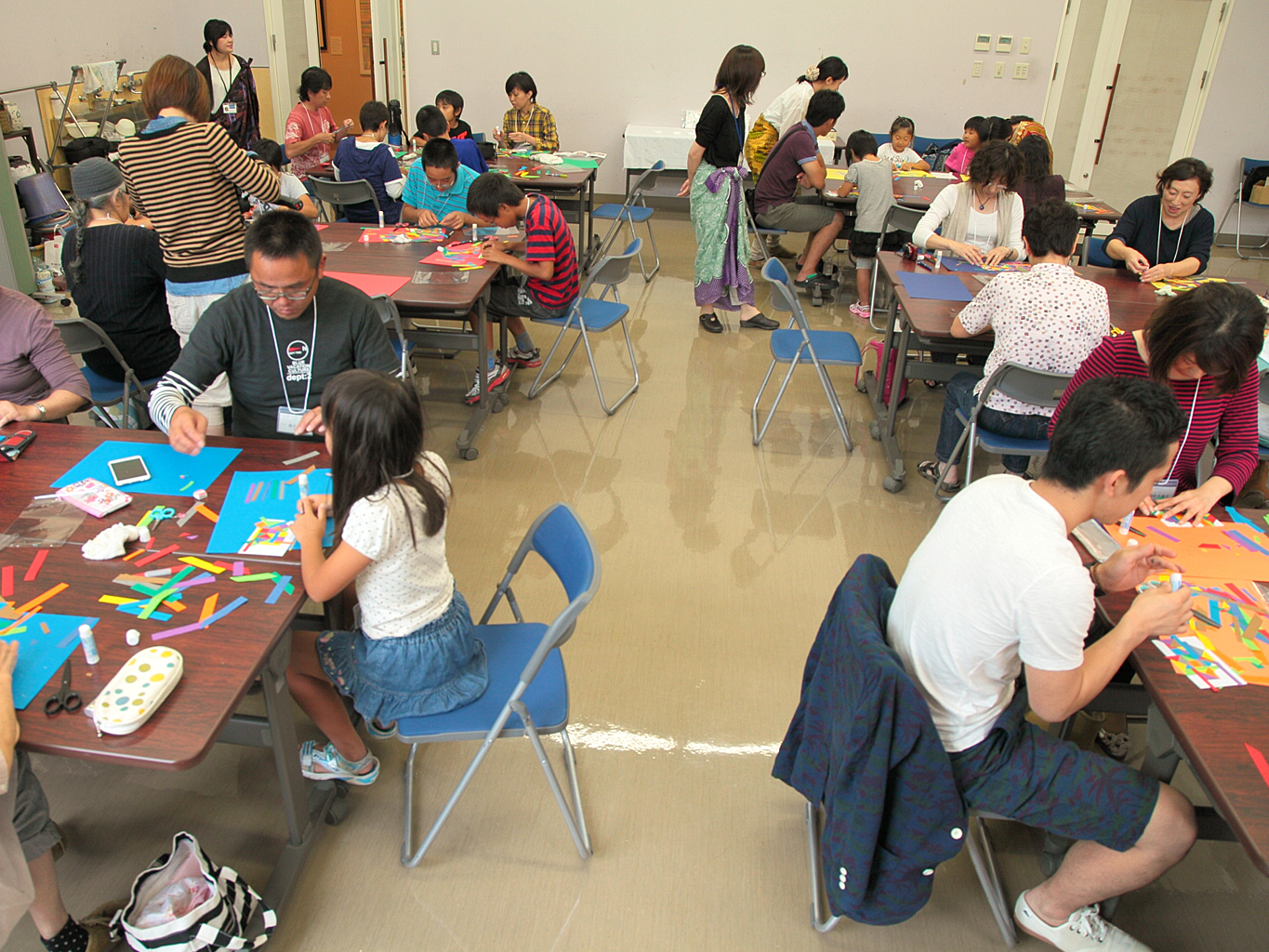 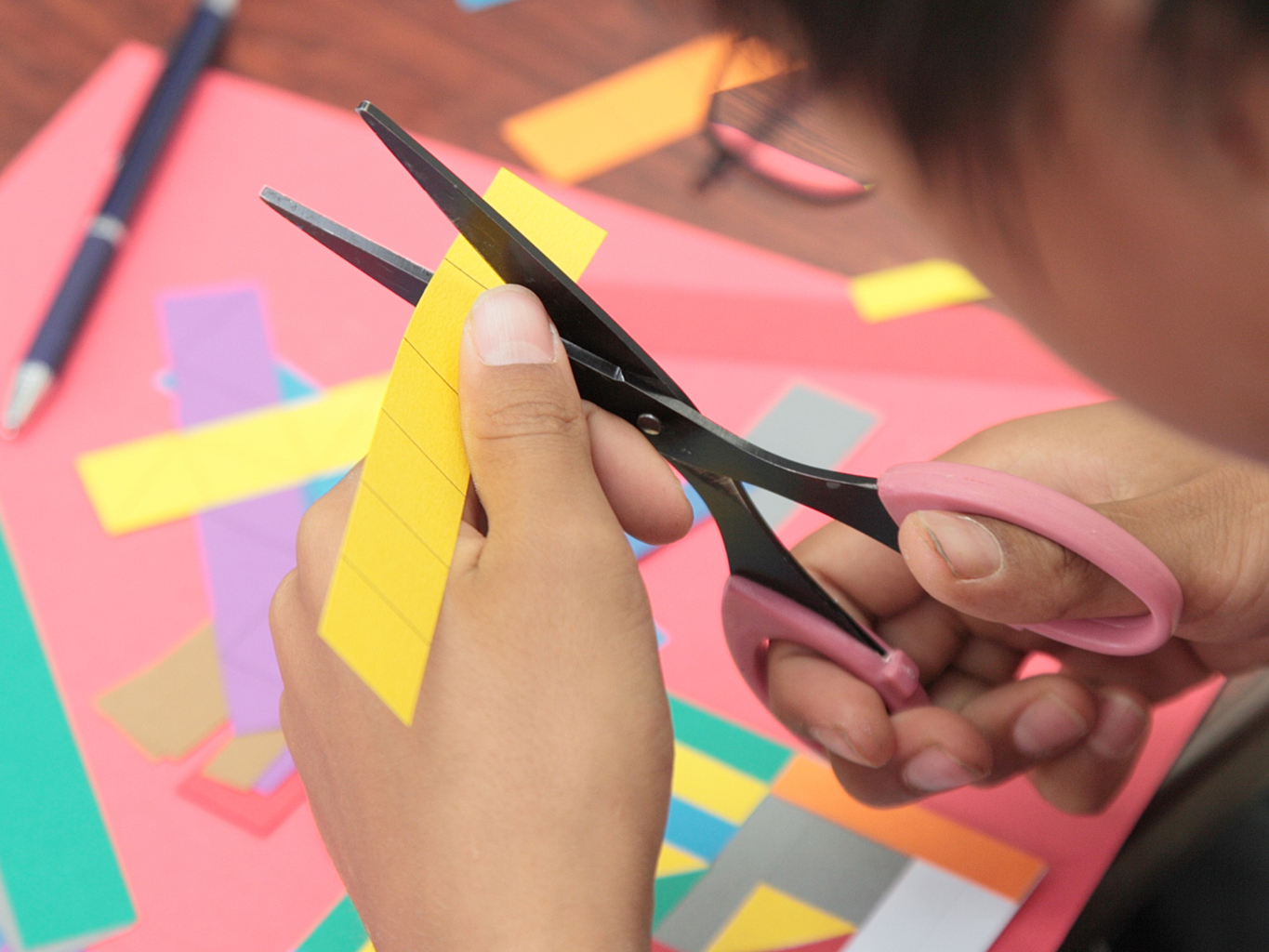 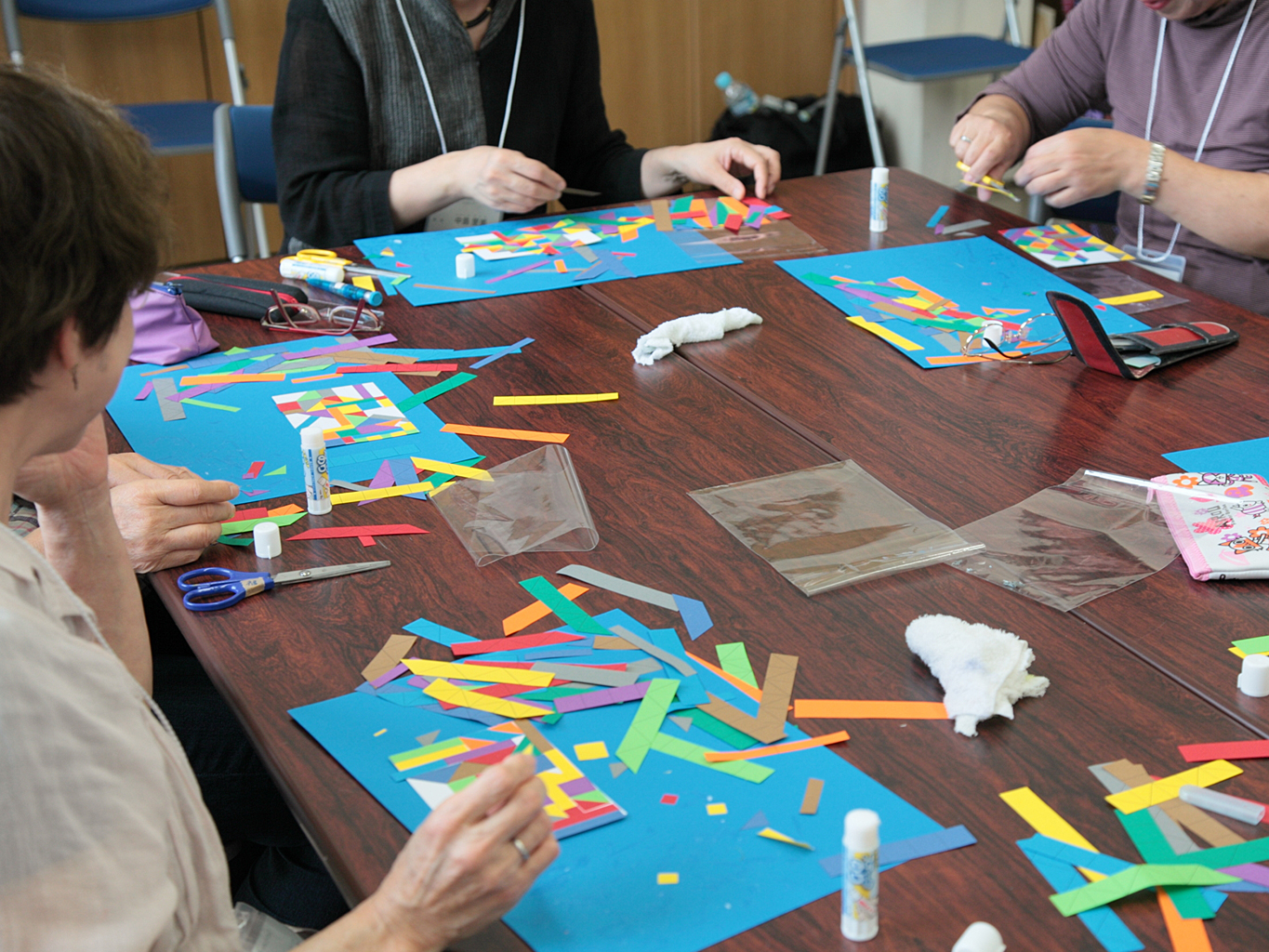 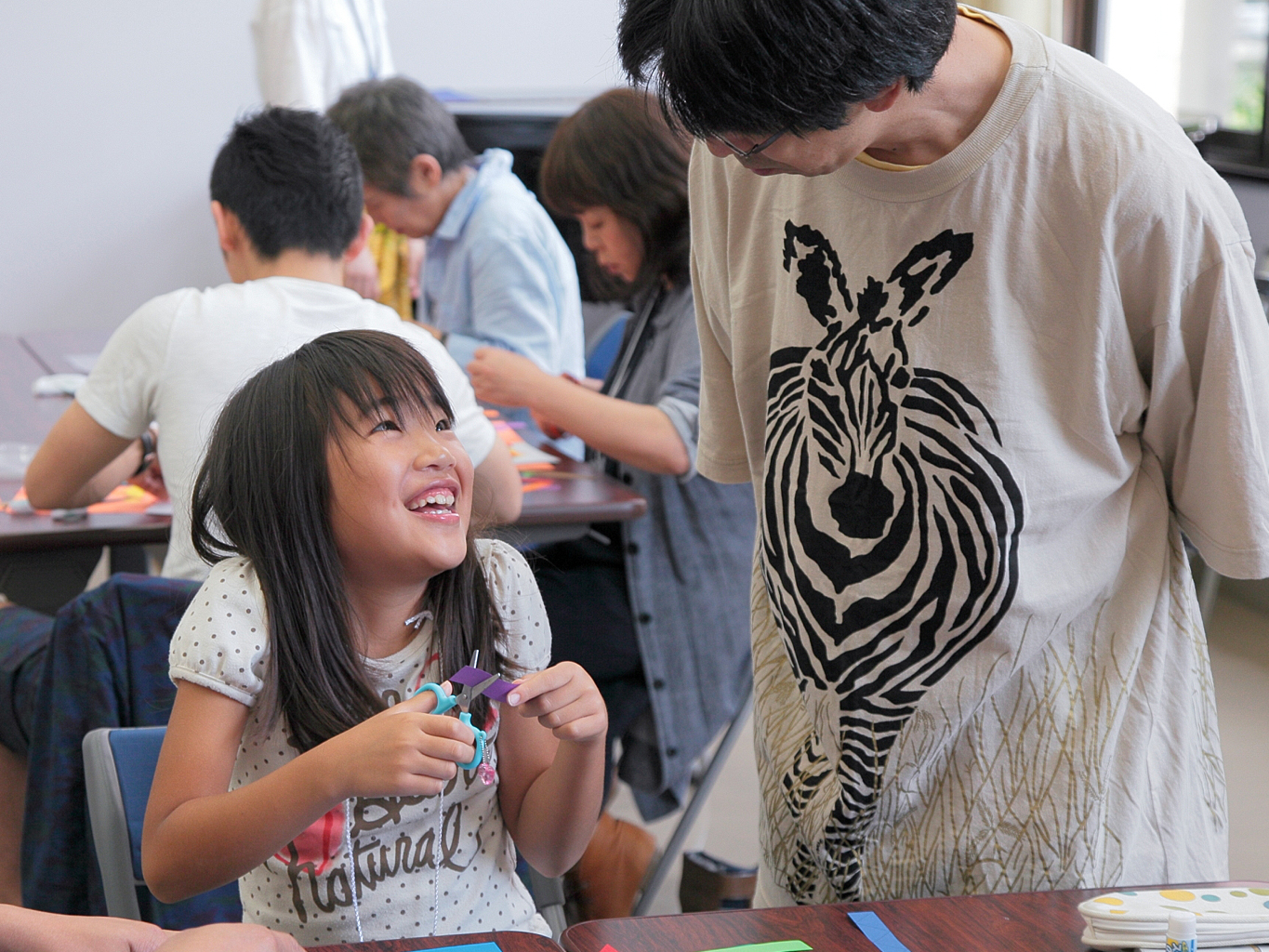 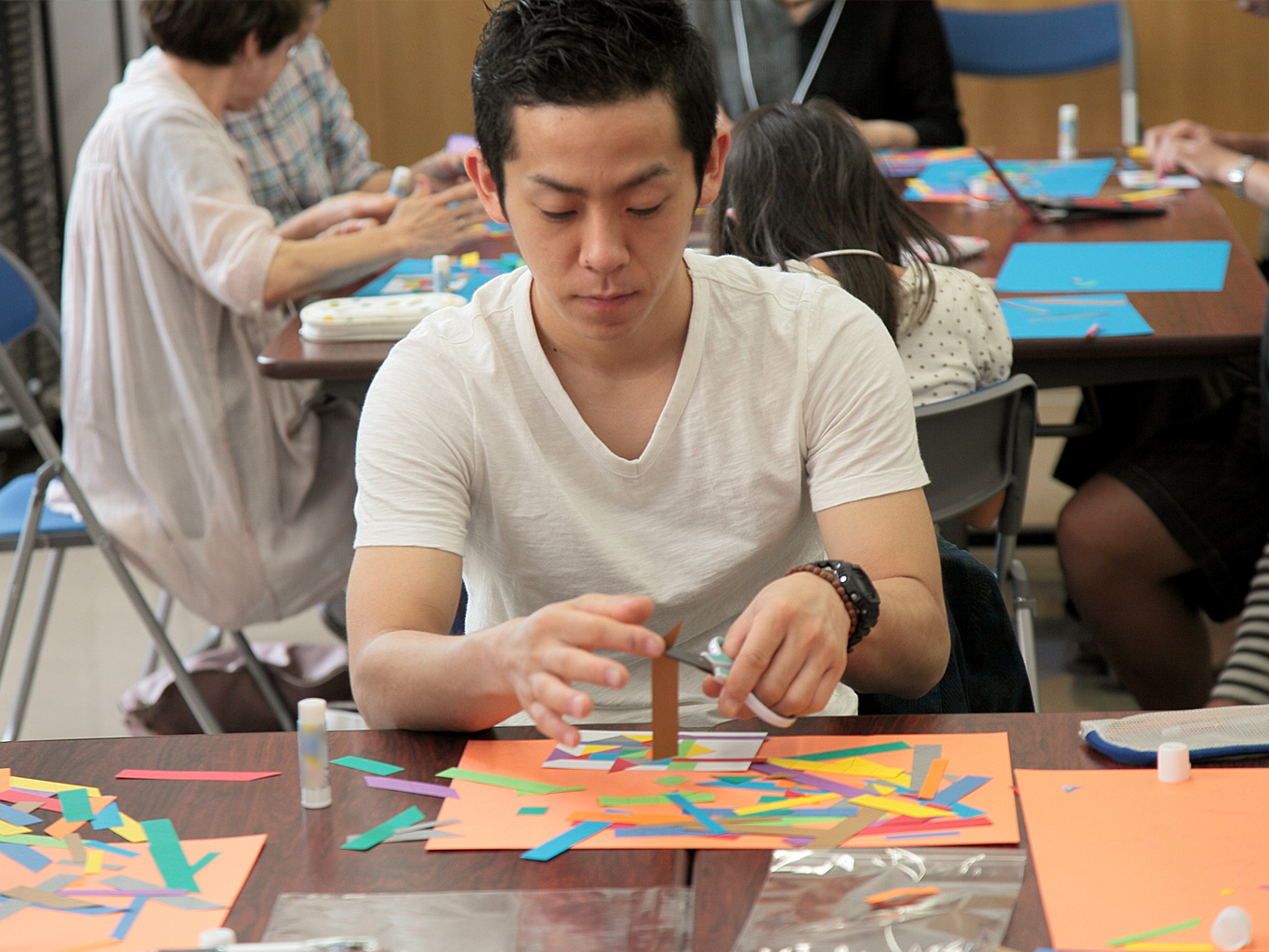 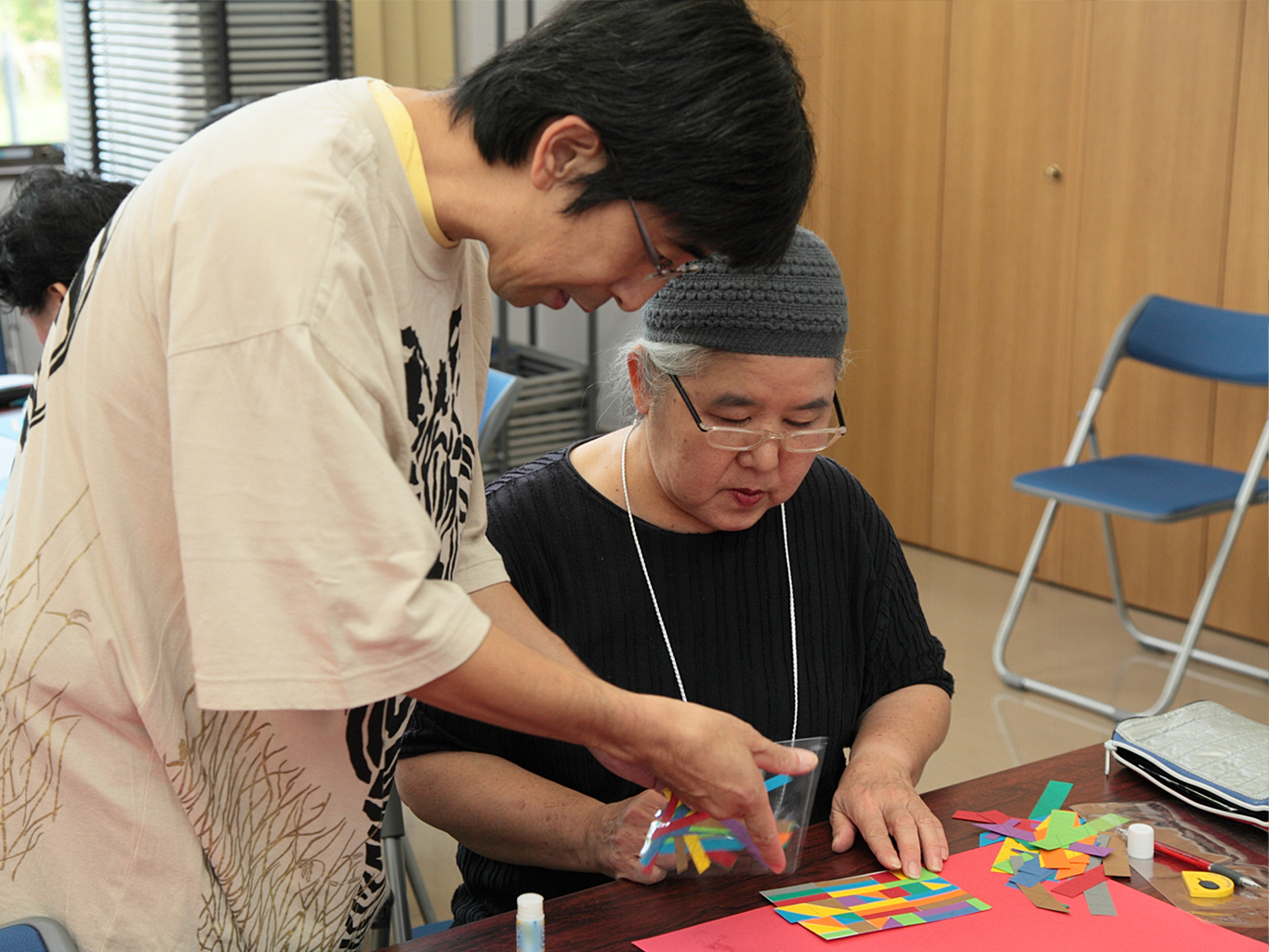 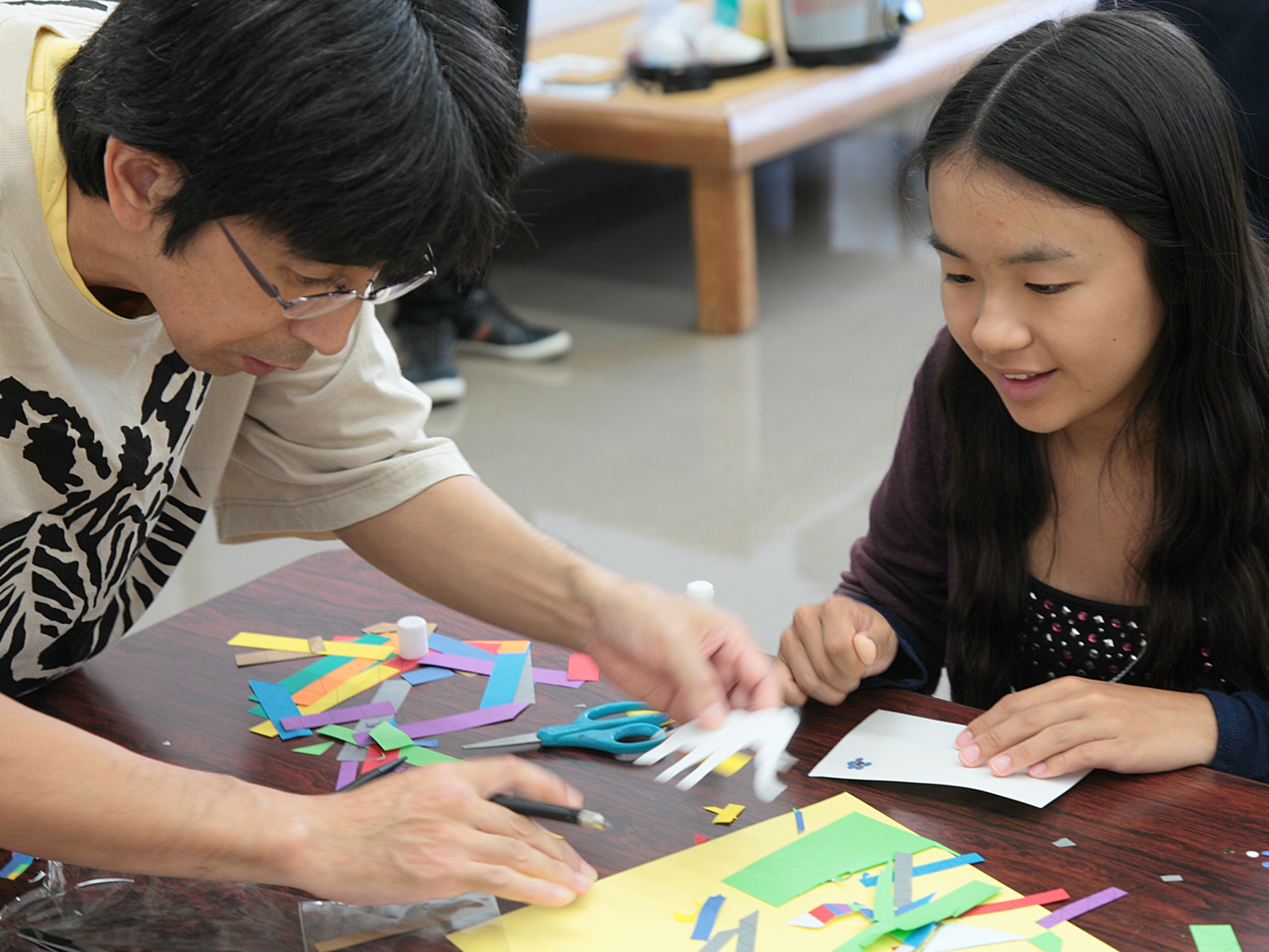 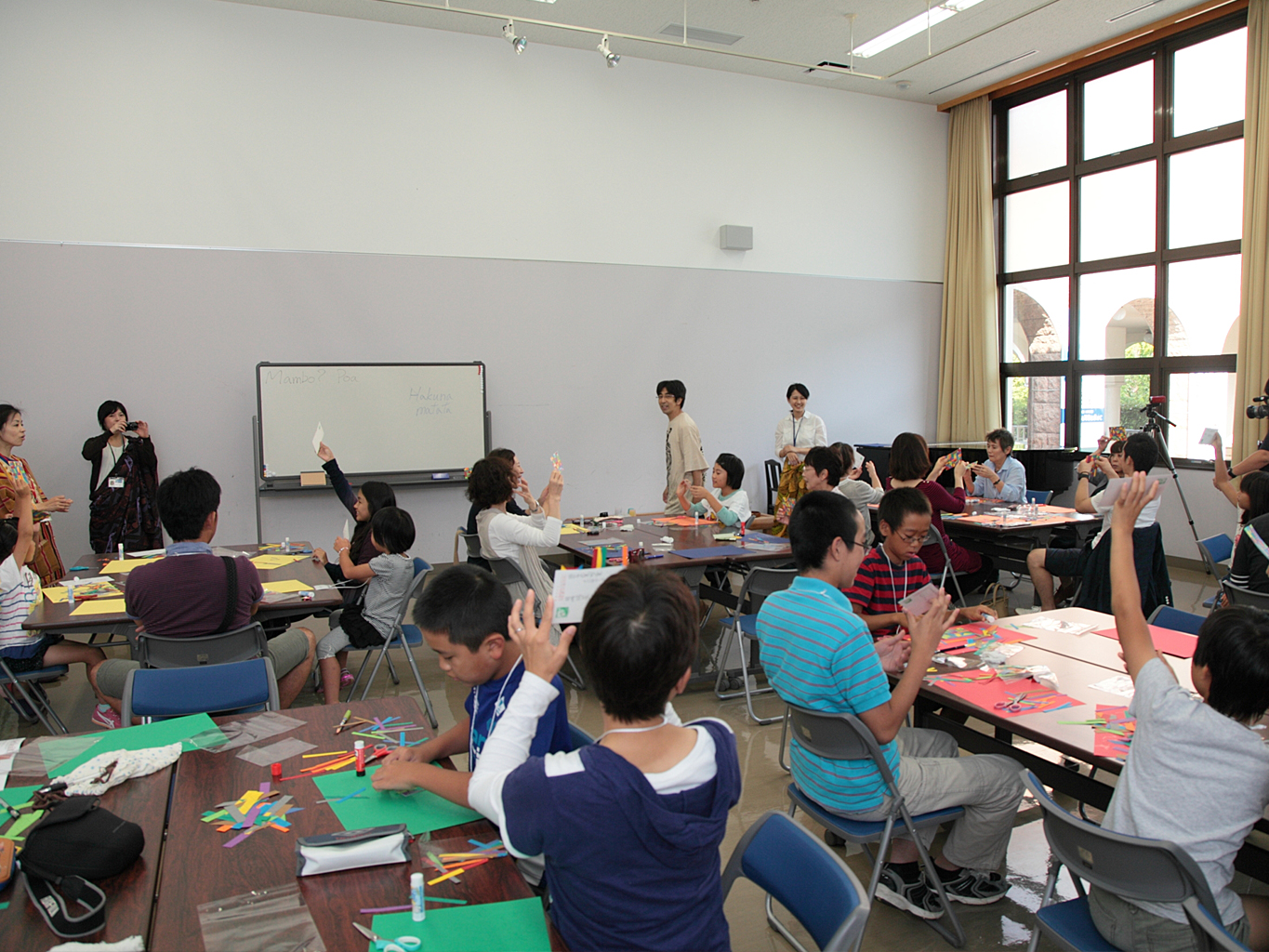 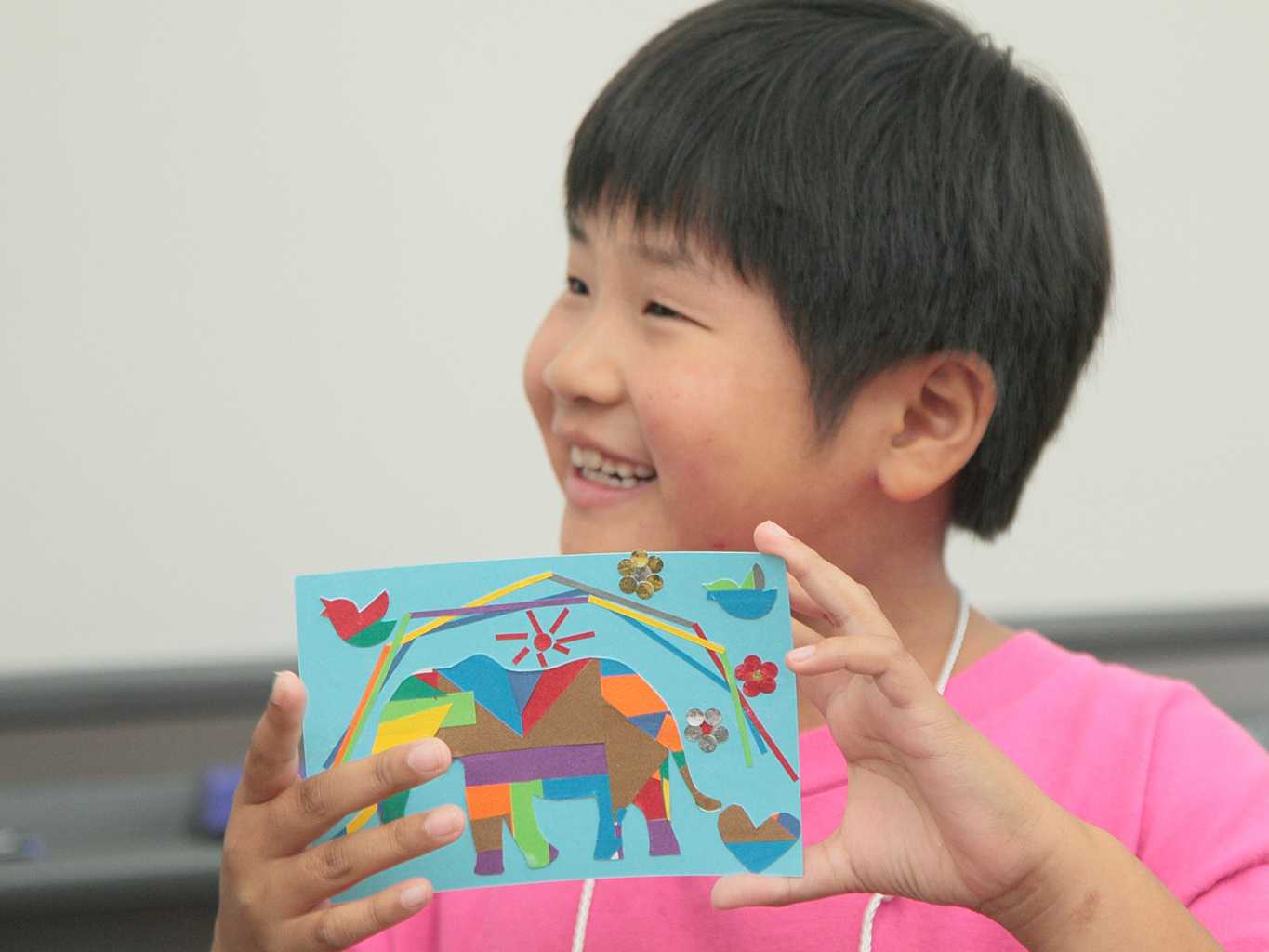 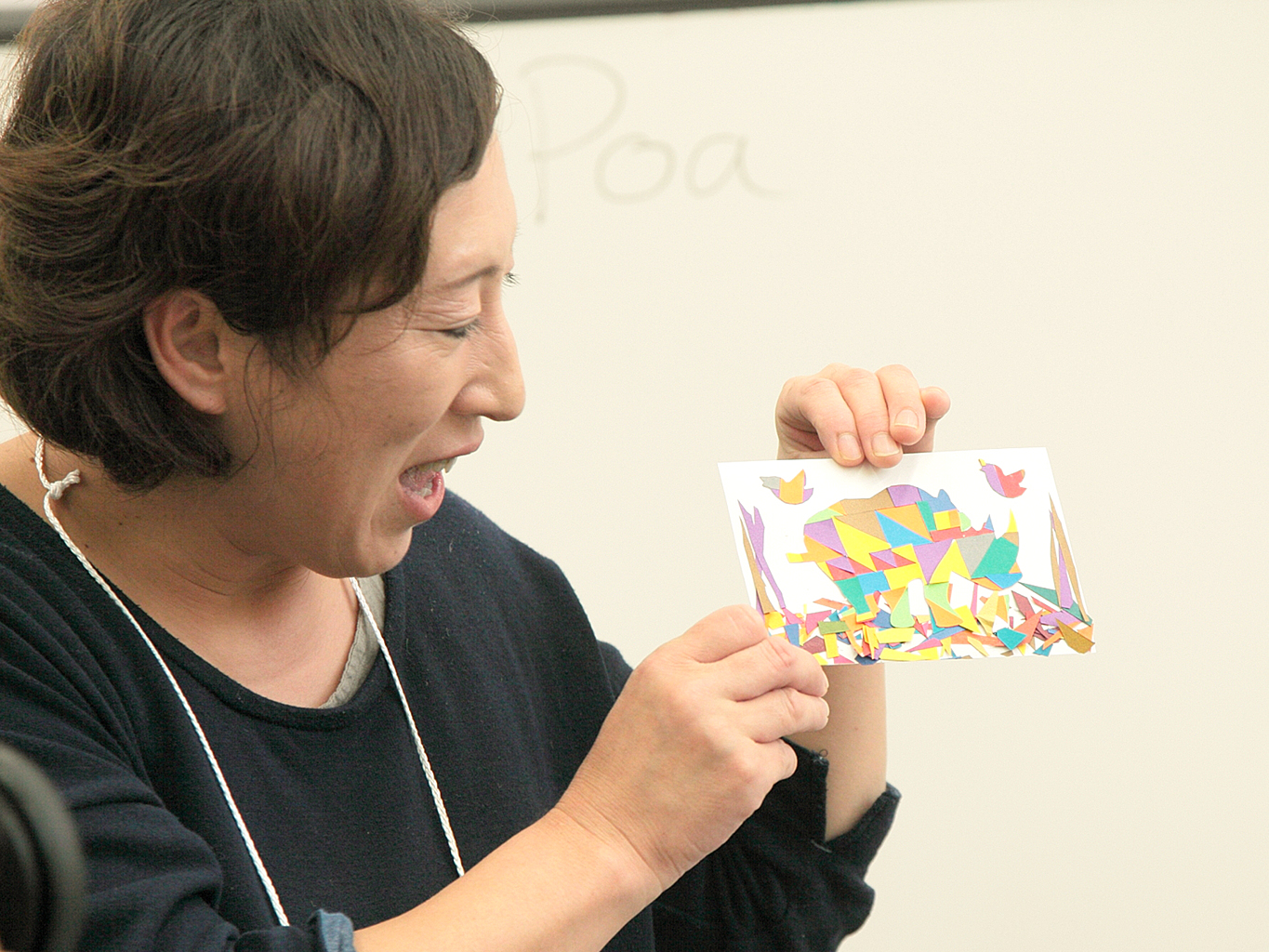 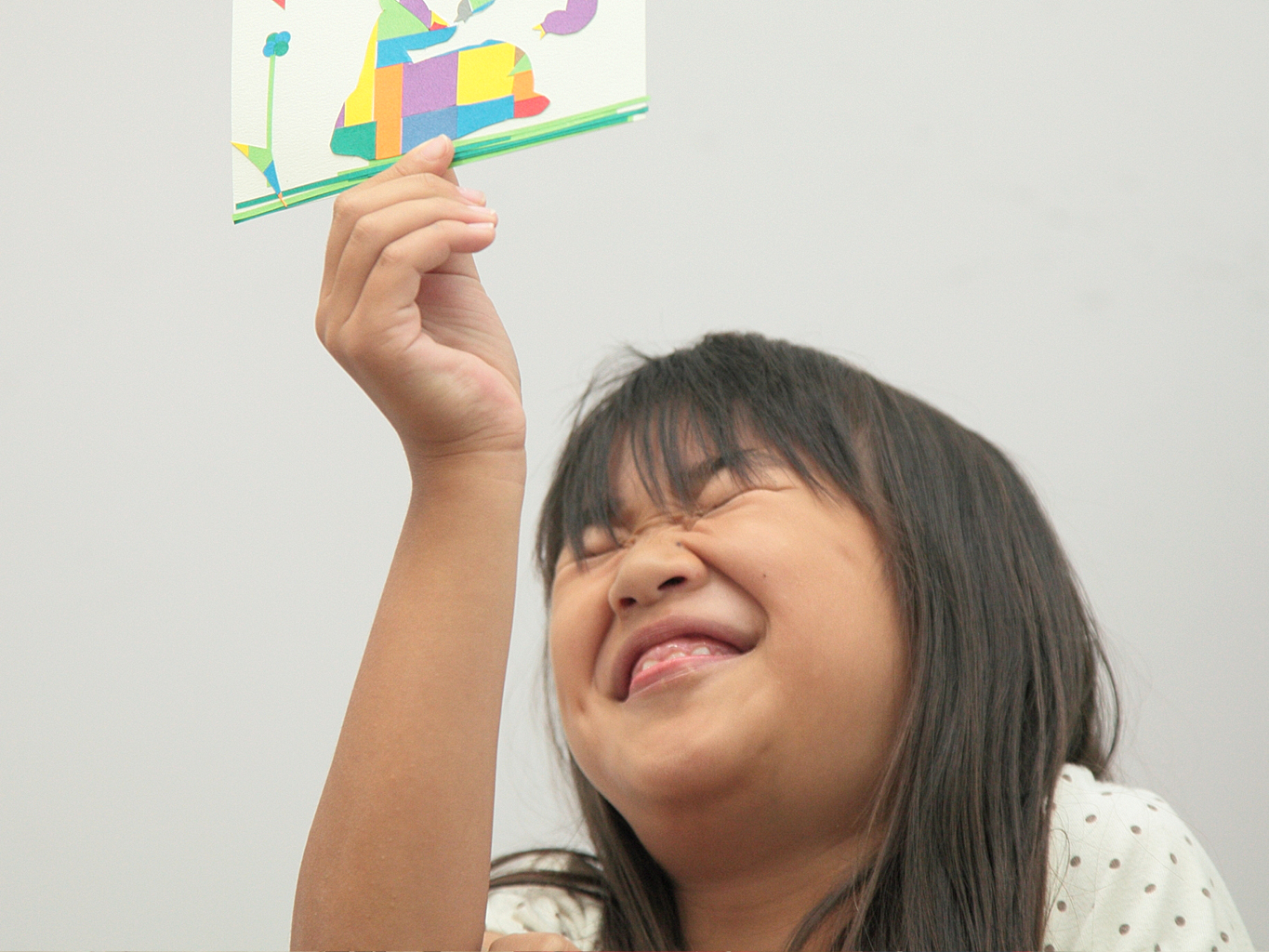 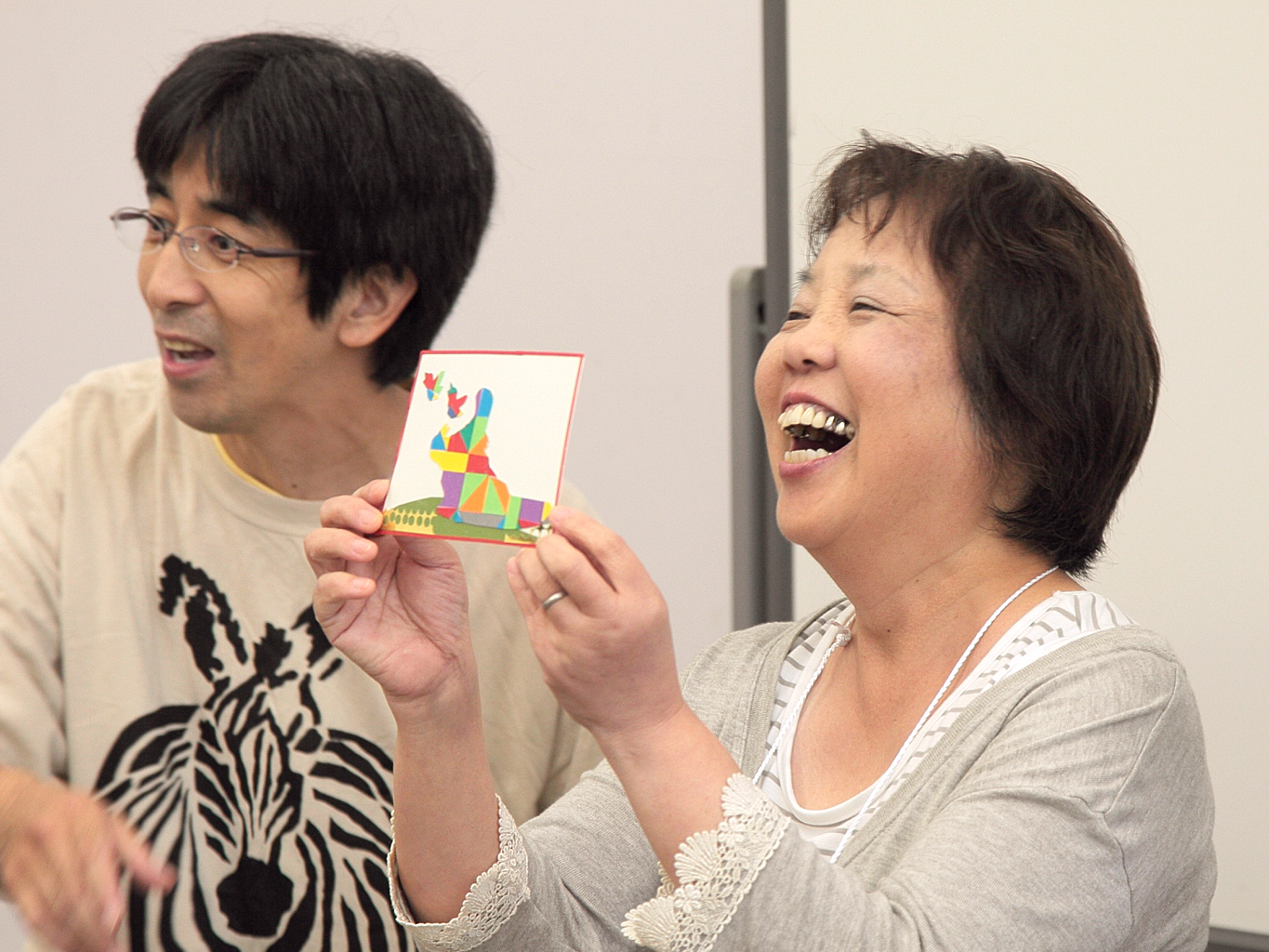 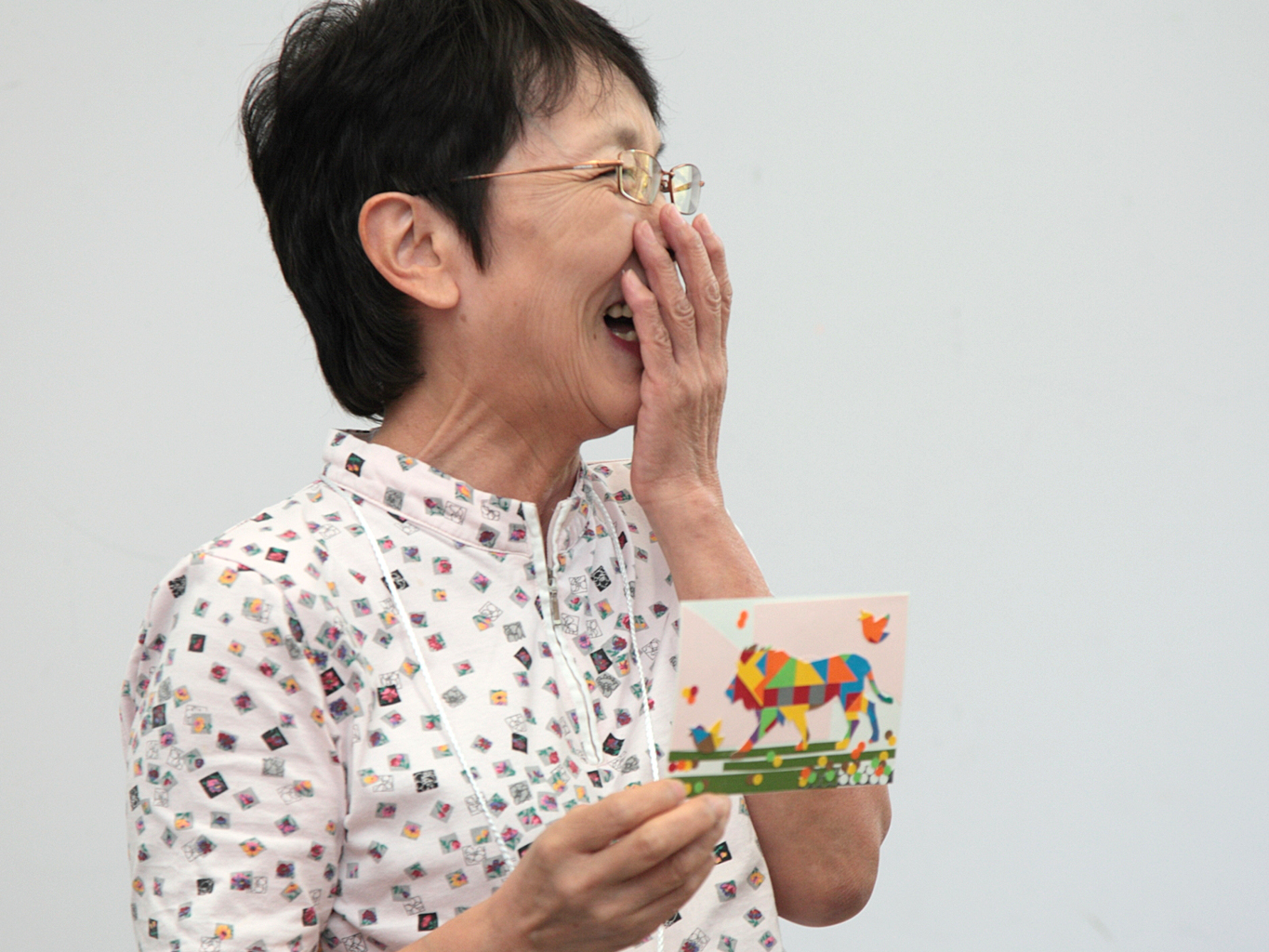 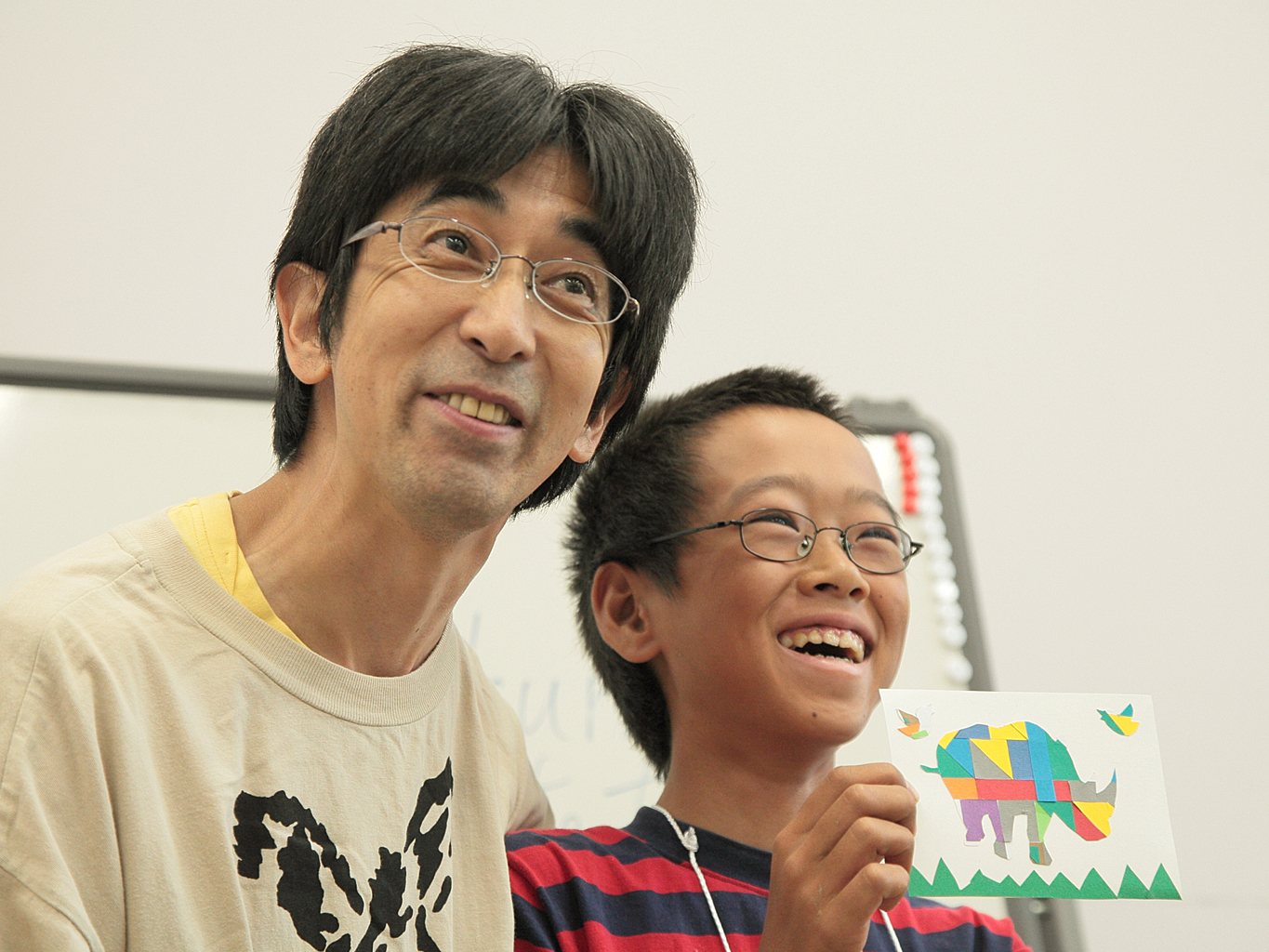